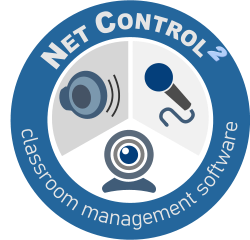 Net Control 2 Classroom, Professional and SmallClass Editions version 21.4 (April 2021) is released. This update is currently available for Windows platform only.

Automatic update for Net Control 2 Classroom and SmallClass will be sent to the eligible owners of the version 20 licenses within next two weeks. The software may be downloaded and updated manually right now from the downloads section of your customer area account on our website.

The new Speech and Camera tool, completely redesigned and rewritten from scratch, provides access to the following features:

broadcast the teacher’s voice from a microphone (or other recording device) to students;