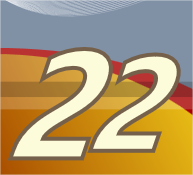 New Remote Desktop and Broadcast Desktop engines. Significantly improved the performance of Remote Desktop (Control) sessions, usually it is in several times faster in comparison with the previous versions. Improved performance of Broadcast Desktop engine and better tolerance to network packet losses during the transmission. Users are able to change scaling and compression levels during the broadcast and control sessions, which may be useful when working with high- and ultra-high-definition resolutions.

Monitor. The new computer use monitoring tool replaces the legacy Event Monitor tool. With the new tool, Instructors receive immediate information of all applications used at the time in the classroom, individually per each user: what application is running at the moment, what document or a web link is opened in the application, usage statistics by time (how long the application is used since last switch; the total use time and the percent of use per session). You will get a notification if the application is opened from a non-standard location (e.g. from a removable storage). The tool will alert if no activity is found on the student computer within some time.

New Timers tool allows Instructors to show customizable timers on User computers: countdown or count up timers, for any defined by Instructor time; show the current time clock, execute actions when the timer elapses (e.g. notify the Instructor, play a signal, shutdown the computer and so on). Three designs and three sizes of timers are available for customization.