We are pleased to present today a new product in the line of the classroom management software solutions Net Control 2 Classroom, a user module for the Apple Mac OS X platform.

The new product greatly expands capabilities of Net Control 2 Mobile Client used on this platform previously, and, being specially designed for OS X, it provides a significantly more effective way for teaching, monitoring and co-working in classrooms equipped with Apple’s Mac computers, which use OS X operating system.

Currently, the student module is available only in English, localization of the user interface into other languages ​​is planned in the near future. The Student Module for OS X can work with the teacher modules running on OS X or Windows.

The list of supported features includes Broadcast Desktop tool (both sharing the student’s screen with others and displaying the shared teacher screen), Control/Remote Desktop tool, Internet and program restrictions, messages, polls, quizzes, rewards and grades, the Whiteboard, playback of Desktop Recorder records and other features. The full list of the supported features and other information, related to the new product you can find in the Student Module for OS X User Guide: https://www.netcontrol2.com/getfile.php?id=GUIDE212ST-MAC

The Student Module for Mac OS X is already available for all registered users of Net Control 2 Classroom version 12 in the Downloads section of your Customer Area account. 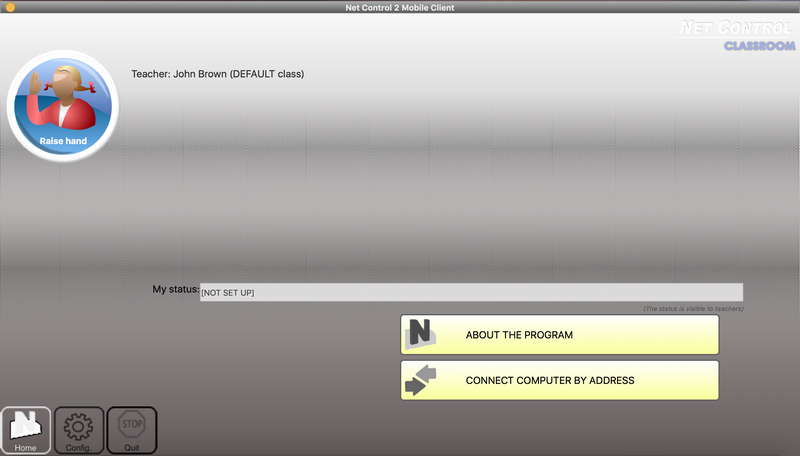 We are publishing today a minor update for Net Control 2 software in Classroom, Professional and SmallClass editions for Windows, which introduces several improvements in the user interface to make classroom management even simpler and easier. Version 12.02 is already available for download in your Customer Area account. Trial and evaluation versions are available as well.

Improvements in the file transfer subsystem, sending large files to student computers should be faster and will require less system resources.

Other minor improvements and bug fixes.

The teacher module Net Control 2 Classroom and Pro for Mac is updated to version 12.01.6550 and is already available for download in Downloads section of the Customer Area https://www.netcontrol2.com/cust/

Net Control 2 Tools and Features Guide is updated for version 12 and is available for download here:

Today we are publishing a next minor update for Net Control 2 Classroom, PRO and SmallClass version 12. Version 12.01 is already available for download!

The primary improvement of this version is the ability to broadcast a desktop image of a teacher or one of student computers together with the simultaneous audio playback of the system sound, i.e. the sound that is playing at this moment on the broadcasting computer.

This feature makes possible to broadcast video- and multimedia presentations that include audio, making the process of the broadcast and playback more complete and effective.

Our multiple international customers may estimate another improvement for Net Control 2 Professional Edition. It now provides full support  for non-ANSI (non-Latin) characters in group names. Do not limit your fantasy in naming your groups anymore!

This update includes several other minor improvements and bug fixes for issues found since the last release.

All registered users of previous versions that are eligible for free upgrades to Net Control ² version 12, can access their new, updated license keys in Customer Panel right now.

You do not need to contact us for free upgrade to version 12 additionally, your downloads and license information is already available in Customer Panel.

If you are not registered in Customer Panel yet, but have your registration name and key, you can register here. The process is automatic and you can access your updated registered user information in less than a minute.

If you are sure that you are eligible for the free upgrade, but your updated information is not present in Customer Panel, please contact us additionally for manual review.

We at Net Software P.C. are proud to announce today a new release of a next generation of Net Control ² classroom management software, Net Control 2 version 12, in Standard, SmallClass and Professional editions. 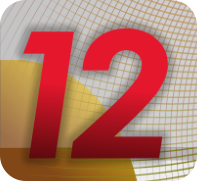 The main improvements of this version touched existing tools and features, enhancement of the user interface, expansion of the available functions of the tools. This major update includes also several new features that will make the process of co-operation and co-working with students even more effective.

One of the tasks that we worked on developing this version, was simplification of the user interface for users that do not require access to all available features, when displaying the extensive list of buttons for all the available tools in one window may be confusing. For such situations, the software offers two primary view modes: the “basic” mode for inexperienced users and the “full” mode for more advanced teachers. You can select the preferred mode at the first start of the program. 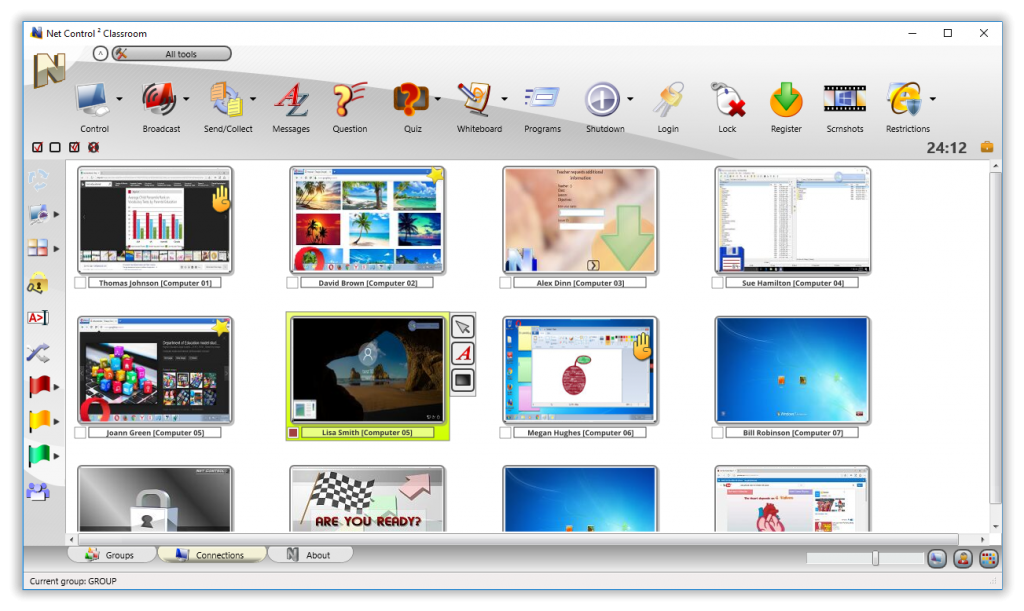 We have significantly expanded functionality for managing student connections in Professional and SmallClass editions, as also for inverse connections in Standard (Classroom) edition. Now you can easily modify such connections: rename them, add custom descriptions, re-position on the screen. You can see icons or thumbnails of turned off computers, as it was with “direct” connections in Classroom Edition of previous versions. Moreover, for Standard Edition, the inverse connections model is now the primary and the solely available type of connections by default. The previous versions compatibility mode is available though (for the support of existing installations and environments), but it is disabled by default for new installations, and should be specially enabled in the process of installation for existing environments.

We have added a new “avatar” view type for student connections. Now students may be represented in the connections list by a custom graphics image (a photo, for example), or an avatar created with the built-in editor. 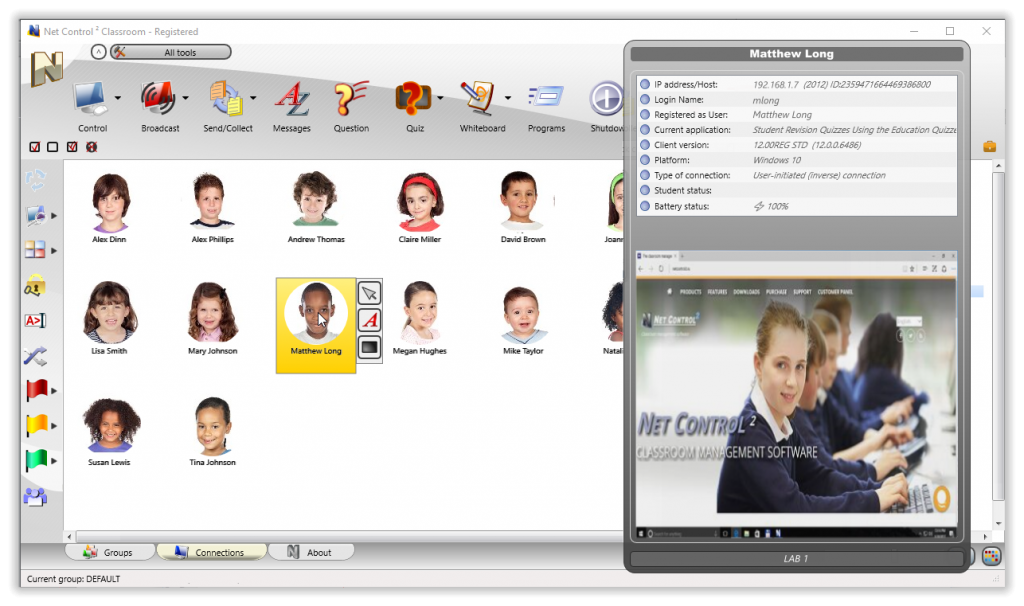 Many of the features and improvements introduced in this version were suggested by our existing customers and were added according to your requests. We sincerely appreciate your feedback, loyalty and support, and we will be happy to hear your opinions and ideas regarding the new version also.

and share the same features base as iOS editions. For more information about new and updated features please refer to the following resources: